There has been some discussion in the news lately about PG&E going into bankruptcy as a way to deal with the mounting liabilities of the recent fires. The stock price of PG&E has fallen tremendously with the news that they have admitted fault in this latest fire. The amount of damages, further escalated by the feeding frenzy of legal firms making class action claims, is more than the entire value of PG&E, especially with the new lower stock value.

As recently as last fall, PG&E was able to work with the outgoing governor and state assembly to get a bill passed that limited the liability of PG&E and the other Investor Owned Utilities in California with regards to fires, whether or not the utility was negligent. This is because we all need a healthy utility company serving Northern California.

So why is PG&E already talking in the news about going bankrupt? Reality of the situation, just like last time, and they want to be sure they have all interested parties paying their full attention to the severity of the situation. The overall view is that it is the ratepayers who benefit from having electricity, so it should be the ratepayers who should pay to upgrade the system so that it does not cause fires every year.

It wasn’t so long ago that PG&E chose to go bankrupt in order to get the courts to intervene when the governor and the PUC did not help them with the Enron price manipulation going on in the wholesale electricity market in 2001. During that short time, PG&E was allowed to raise their rates by 40%.

The first of the following two graphs shows the actual rate/kWh averaged over the various commercial rates available before the previous bankruptcy to the present. 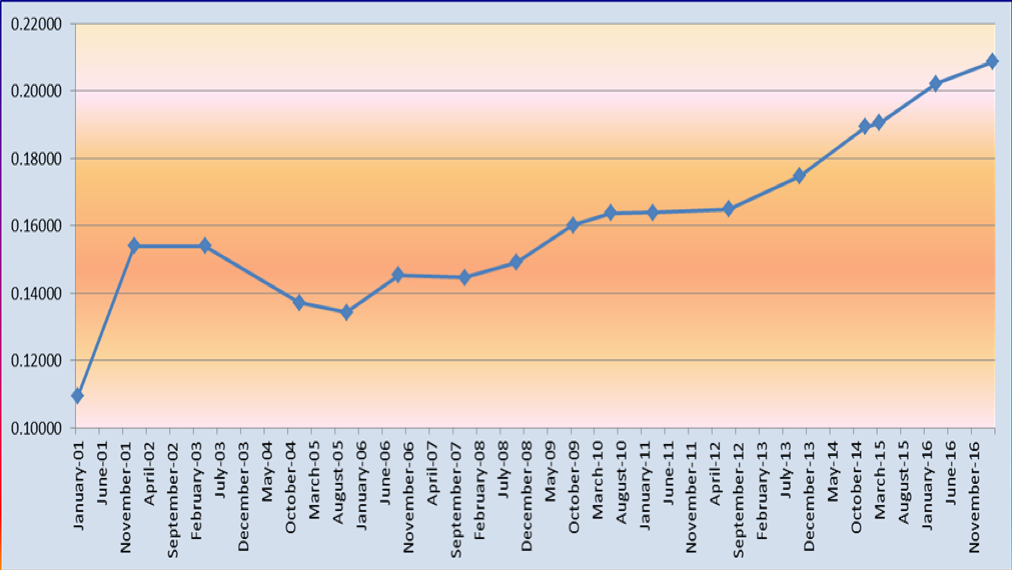 The second graph shows the annual rate of change. This is the graph that shows the government control of rate changes through the Public Utilities Commission. 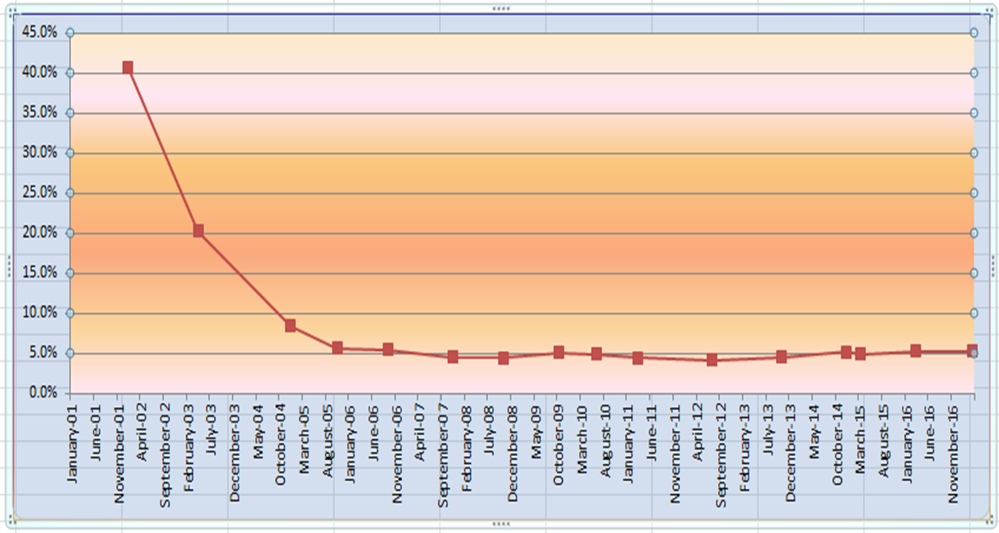 The interesting thing about this graph is that it is showing rate of change. The rate of change after the large increases in 2001 stays at 5% over the next 12 years. During that time, all of our other market rates such as interest rates, cost of natural gas, housing, other commodities, all went through the Great Credit Crisis, and had great market fluctuations There were other market disruptions such as natural gas fracking, which lowered the cost of natural gas.  This surely effects the cost of electricity, yet that was never reflected in our electric rates, even though most of our electricity in California comes from natural gas turbine generators.

So my conclusion is that based on reality and history, PG&E is talking about bankruptcy again for attention and for negotiating reasons. The last time they did, rates skyrocketed. The political landscape tends to want to put the costs of fire damage on the ratepayers rather than the utilities or insurance companies. Therefore, rates are going to go up.

What can you do about it? By installing a solar system, you generate your own power so that you avoid these increases. In addition, you then benefit because as the rates go up, your investment return goes up. There has never been a better time to make an investment in solar.

Why Does PG&E Bankruptcy Raise Rates?

Does Solar Protect Me From PG&E Rate Increases?

How Does NEM 3.0 Affect Solar in California?

How Can I Reduce My Business PG&E Bill?

CitiGreen is in the business of saving property owners money on their electric bill. Starting with their power bills, CitiGreen designs an energy saving and generating program unique to every customer.

© - 2018 CitiGreen Inc.. | All rights reserved. Do not duplicate or redistribute in any form.